Welcome to the Calvary Bible Church web site. We are honored that you took the time to look around. We are small church serving a Great God! Calvary is a very friendly church with a family atmosphere. We hope you will visit soon. If you have any questions or we can be of service to you, please don’t hesitate to contact us.God Bless You!Calvary Bible Church

A group of men, under the leadership of Rev. Dan Graham, became burdened about starting a church in the Benhams area. They wanted a church closer to their homes where they could go to worship God and be a light in the community.

A building committee was formed. The men serving on the committee were: Rev. Dan Graham, Ernest Denton, G.W. Whicker, W.H. Sprinkle and W.A. Moore. Mr. G.W. Wicker was chosen as chairman of the building committee. Belve Denton was the chairman of the work committee. The committee decided the basement of the church would be 36’x70’ and would be built of cinder blocks to the top of the ground. The main structure would use 8” block with brick veneer.

Calvary Bible Church began with only a basement. But with God’s continued blessings and a small group of dedicated Christians, the upstairs was completed in 1968. The building was erected by Kyle Shelley. In 1976 the steeple was added.

The church eventually outgrew this facility and the current sanctuary was completed on September 11, 2011. God blessed and the old building was converted into new bathrooms, youth chapel, nursery, lobby and offices.

The ministries of Calvary Bible Church include: supporting missionaries around the world, and active Sunday School, Ladies Circle, Youth group, Children’s Church and Master’s Clubs. The Church also is continuing to serve the area through a weekly radio program on WZAP 690 am. 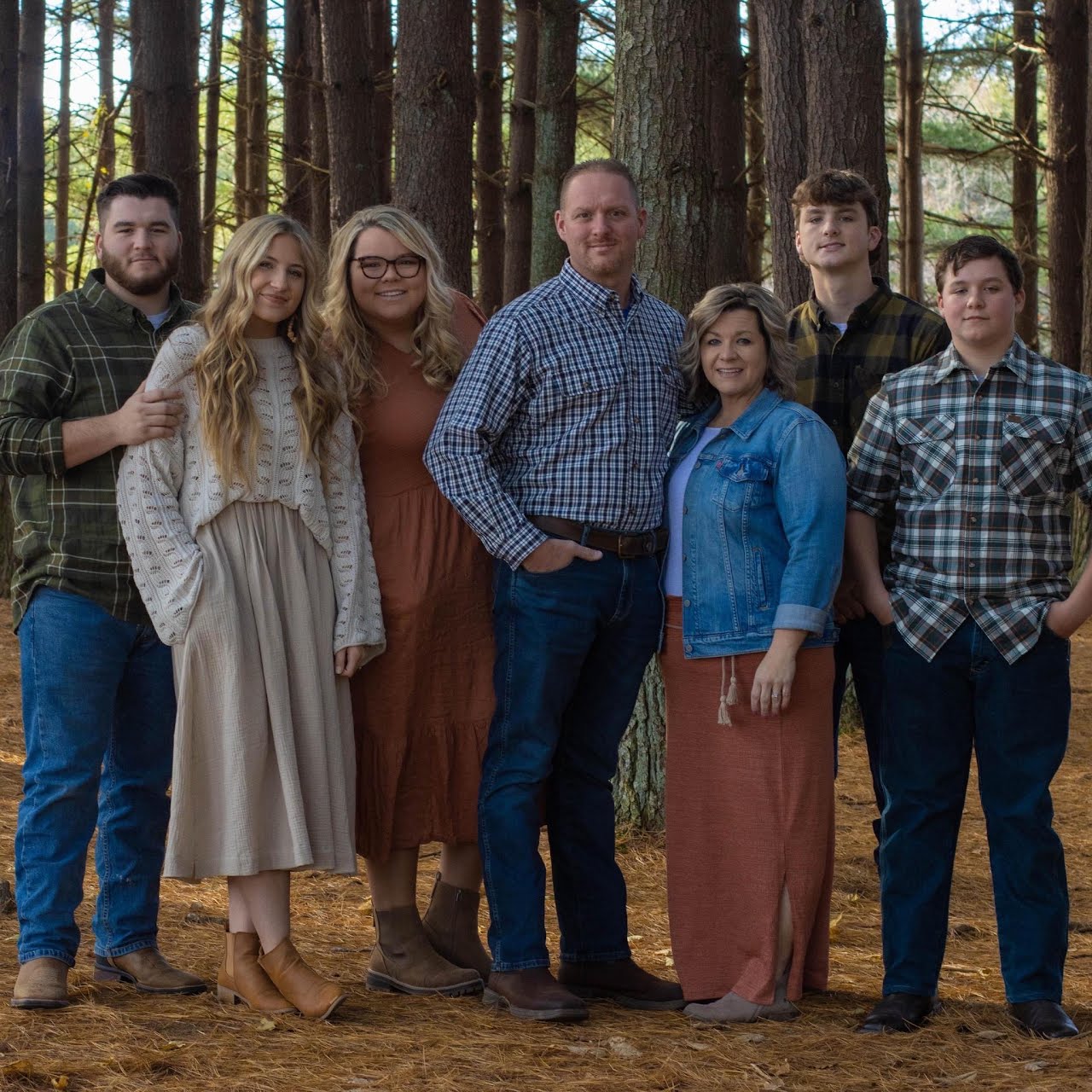 Pastor Hill was born March 25, of 1979. However, it was not until he was 19 years old that he realized by God’s grace that “ye must be born again”. On January 29, 1999, he repented and called on the Lord and was Gloriously saved. Less than a year after getting saved the Lord began to deal with his heart about preaching the Word of God. In October of 1999, while attending a mission conference, he surrendered to preach. Since then, he has served as a missionary in Ireland, as the youth director at Gateway Baptist church in Boiling springs, S.C., and as the Pastor of Alpine Baptist Church in Columbia, S.C., as well as the Assistant Pastor at Emmorton Baptist Church.

He has now been serving as the Pastor of Calvary Bible Church since July of 2019.

We believe that the King James Version of the Bible, both Old and New Testaments, is the divinely inspired and only authoritative Word of God; supreme and final in its authority in matters of faith and practice.  The Bible stands unique and alone above all books.  II Timothy 3:16

We believe in one God eternally existing in three persons, Father, Son and Holy Spirit, who created the world, who made man in His own image and who loved the world that He gave His only begotten Son for man's redemption. Genesis 1:1, 1:27, John 3:16.

We believe in the deity of Jesus Christ, Hebrews 1:5-13, that He is coeternal and coequal with God the Father, Philippians 2:6.  We believe the Bible record of His virgin birth, sinless life and that He is true God and true man.  Matthew 1:13-23.  We believe that Christ dies for our sins according to the scriptures as the substitutionary sacrifice.  I Peter 2:24, I Peter 3:18.  We believe in the bodily resurrection of our Lord Jesus Christ, in His ascension to Heaven and His presence there for us as High Priest and Advocate.  Acts 1:9, Hebrews 7:25.

We believe that the way of salvation of sinners, being born again, is wholly of grace through faith in the atoning death, burial and resurrections of Jesus Christ.

We believe that God the Holy Spirit, as revealed in the Bible, is a person coequal and coeternal with God the Father and God the Son; that the Holy Spirit bring conviction (awareness of guilt), brings salvation, indwells and seals the believer that he may lead a Godly life; and that the Holy Spirit strengthens faith, brings comfort and peace in time of sorrow and distress, and enlightens our hearts and minds to understand and apply Bible truths.  John 14:16, 16:13,14, Ephesians 4:30.

We believe that repentance is turning from sin and turning to Christ, that true repentance results in a changed life, and the believer now seeks to live his life according to the will of God.  Luke 13:5

We believe in the "blessed hope," the personal, imminent return of Christ, Who will rapture His Church prior to the seven-year tribulation period.  At the end of the Tribulation, Christ will personally and visibly return, with His saints, to establish His earthly Kingdom which was promised to the nation of Israel.  Psalm 89:3-4, Daniel 2:31-45, Zechariah 14:4-11, Revelations 3:10, 19:11-16. 20:1-6.

We would love to hear from you.

Would you like to participate in the blessing of giving?

Click the Donate button below to be taken to a secure PayPal giving site.